30 Years of Flying in the North

As the Historic England Northern Aerial Reconnaissance team celebrate 30 years of flying, Aerial Investigator Emma Trevarthen looks back at some key discoveries and the work of the team.

We form part of a wider team that covers the whole of England and our aerial reconnaissance programme has its origins in the 1960s.

The northern team was set up when the organisation realised that two centres of operations were required for the expanding remit of the flying programme. They cover England north of Birmingham over areas including the Lakes, the Peak District, Hadrian’s Wall, and the Yorkshire Wolds.

This traditionally included prospection for buried archaeological remains revealed as cropmarks but also archaeological earthworks which are prevalent in the extensive uplands of the north. From the late 1980s, the reconnaissance team were involved in architectural recording as part of work on the increasingly threatened industries such as textile mills, coal pits and also decommissioned military sites from the Cold War.

Our current plane is a Cessna 172. This high-winged light aircraft is ideal for getting around quickly to different areas so that we can ensure that we are in the right place with the right weather and ground conditions for our aerial photography. This is especially relevant in the north where the weather can be more challenging and the many different types of landscapes provide very different opportunities to record the historic environment

The Origins of the programme in the North

Bob Bewley set up the northern flying programme in the late 1980s as it had been difficult for RCHME (a predecessor of Historic England) to cover the north from their main flying base at Biggin Hill.

This complemented the wonderful aerial photographs taken from the 70s and 80s onwards by independent fliers such as Derrick Riley, Tim Gates, Tony Pacito, and Anthony Crawshaw to name but a few.

From the very first flight in June 1989, the team recorded a variety of sites across the North. These include some exceptional discoveries such as the Roman fort at Roall near Selby photographed in 1991 by Bob Bewley, photographer on the maiden flight. When asked this year for his highlights from many years of flying this was first on the list! His successors, Pete Horne and Dave MacLeod, also cited cropmarks among their personal favourites.

On a flight over York in 2002, Pete photographed a previously unrecorded Roman camp at Huntington on the edge of a new retail development. Within minutes he then spotted a second!

One of the camps was designated a nationally important site (Scheduled) and the other was excavated by the York Archaeological Trust in advance of construction of the Vangarde shopping centre.

Another significant find was recorded in 2010 by Dave MacLeod on the outskirts of Hornsea in East Yorkshire and is still counted among his most memorable, especially as it sits on clay soil, notoriously difficult for revealing cropmarks. The site, a Neolithic henge and Bronze Age ringwork, was considered of national importance and Scheduled within a few years of its discovery.

Bob’s northern Aerial Photography Unit also undertook mapping projects to record archaeological landscapes using aerial photographs from the Historic England Archive, and other sources, that dated from the 1930s onwards taken by, amongst others, RCHME, local fliers, the Royal Air Force and Ordnance Survey. This work also made significant new discoveries from aerial photographs that were not taken for archaeological purposes.

It became clear by the beginning of June 2018 that we were heading for an unusually dry summer. Although not ideal for everyone, dry ground conditions are what every aerial archaeologist is waiting for – a drought means that buried remains are far more likely to show as cropmarks.

Therefore, in June 2018 our primary concern was to get up as much as possible and discover new archaeological sites.

Over the course of the summer of 2018 summer the team flew across the length and breadth of the North of England, starting in Lincolnshire and the Yorkshire Wolds.

Although these are well studied areas, more than 50 archaeological sites were recorded for the first time on these chalk landscapes.

These included examples of England’s oldest funerary monuments such as Neolithic long barrows, Bronze Age round barrows and groups of Iron Age square barrows. Settlements from the Iron Age and Roman periods were also photographed for the first time. Even in areas where we had recorded extensive archaeological remains in previous years, ‘new’ sites were appearing, such as a round barrow alongside a known Iron Age site, and a cluster of square barrows beyond the known edges of a cemetery.

Further cropmark prospecting flights along the Trent gravels to the West and North Midlands , and up to Cumbria and the border were equally rewarding, and discoveries included a striking triple-ditched round barrow and pit alignment in Derbyshire and discrete defensive enclosures in the area north of Carlisle.

We identified almost 100 new sites in the north during 12 flights over the summer of 2018.

It’s not just about cropmarks – monument monitoring and architectural projects

As well as making exciting new discoveries we also provide a unique aerial record of scheduled archaeological monuments, Registered Parks and Gardens, Battlefields and Listed Buildings. This helps our colleagues to identify any damage or potential threats to these nationally important sites and areas and helps with our programme of work to tackle Heritage at Risk.

The aerial view offers a different perspective. We can get around numerous sites in a single flight and our photographs can help to prioritise visits to often isolated or inaccessible areas.

This type of photography goes on throughout the year and has been part of the northern flying programme since its inception. As part of work to record and understand the buildings and infrastructure of the declining coal industry Bob Bewley captured collieries and their expansive landscapes during the 1990s and 10 years or more later Dave MacLeod and Matthew Oakey contributed to similarly themed work on steelworks and coal-fired power stations.

The range of industrial activity throughout the North is vast, encompassing both old and new technologies, in inland, coastal and marine landscapes.

Towards the end of the 2017 summer season, the team photographed parks and gardens for a project to celebrate the work of Capability Brown.

In 2018 alone, over 300 targets were photographed either because they were considered at risk or because they were relevant to ongoing projects such as the Heritage Action Zones, Post-war Pubs, New Towns projects and Landscape Gardens by Humphry Repton. The photographs we took to celebrate the 200th anniversary of Humphry Repton are now available to view via an interactive map.

Other colleagues have photographed of bastles (fortified houses) across Northumberland and Cumbria, and recorded farmsteads to complement guidance on the care of farm buildings.

The lasting impression of the previous year was not just the bumper cropmarks but also the effect of a prolonged dry spell on both natural and historic environments.

For example, some areas were affected by intense and often devastating fires, such as Saddleworth Moor.

Once the smoke cleared, a flight over the Moor recorded the damaged landscape. This has happened before – in 2003 Pete Horne recorded the effect of fires on Fylingdales Moor that burnt off almost all the vegetation in two areas. This revealed a rich archaeological landscape from the Bronze Age to World War II. Mapping from aerial photographs by Jane Stone and detailed ground survey allowed us to record and better understand these previously hidden remains.

Recording other changes in the landscape are an important element of the flying programme, especially along the receding Yorkshire coast. This is most dramatically demonstrated by the loss of Godwin Battery, a World War II coastal battery, to coastal erosion.

The first image, taken in 1995 shows the installation still atop the eroding cliff.

The second image, from 2009 shows that much of the cliff below the gun battery has fallen away and left parts of the former military site broken on the beach.

Just as the landscape has changed over 30 years the equipment on Bob’s first flight has changed from using paper maps and medium format cameras with black and white film to digital cameras and moving maps on tablet PCs. Historic England uses these digital images for a variety of purposes including using photogrammetric software to produce 3D maps of the landscape as we have done for the landscape around Birdoswald Roman Fort on Hadrian’s Wall.

Keeping an eye on the weather

As we move into the 2019 summer flying season, we are constantly checking the weather forecast and liaising with our team of dedicated pilots. Our team is also working closely with the aircraft owner to adapt new technology to set up a fixed camera on the underside of the plane to allow us to carry out detailed surveys to monitor the condition of larger monuments.

There is always something new to learn, whether it is technology that will benefit the flying, photography or forecasting the weather; changes to industrial landscapes or new agricultural techniques; and above all, the continued understanding of how archaeology appears from the air and how best to record it.

30 years of Aerial Photography in the North 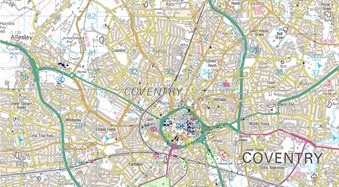 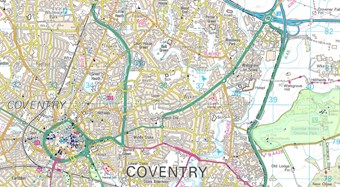 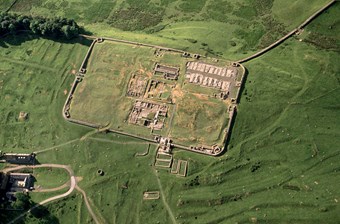 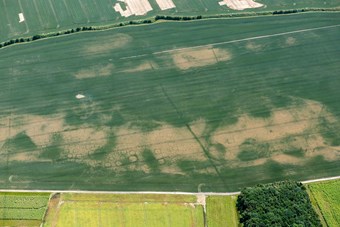 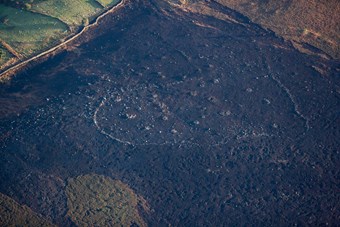 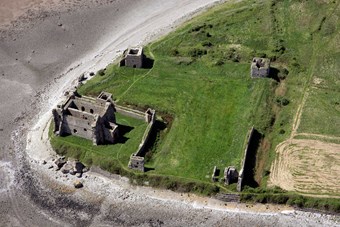 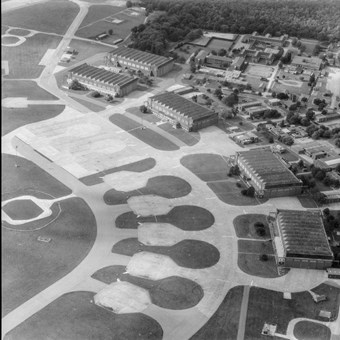 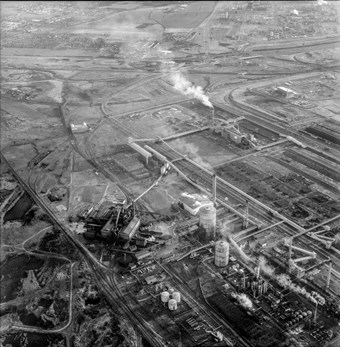 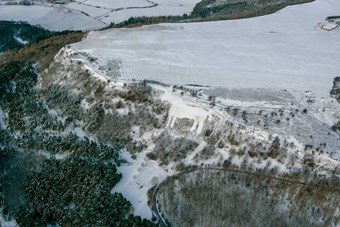 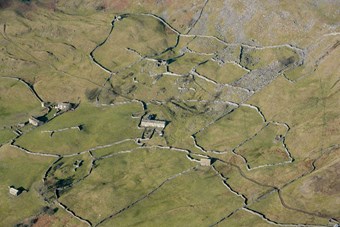 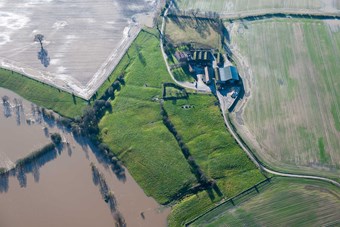 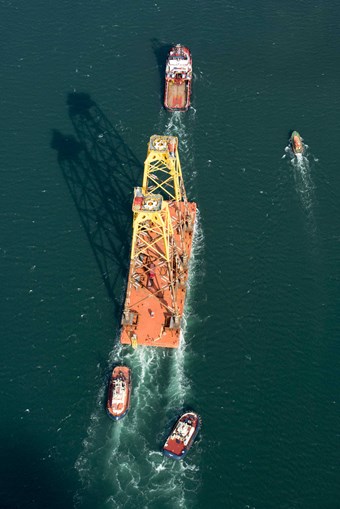 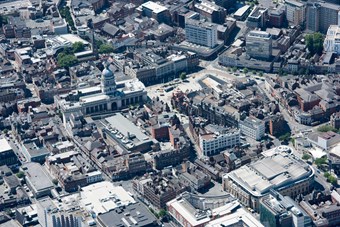 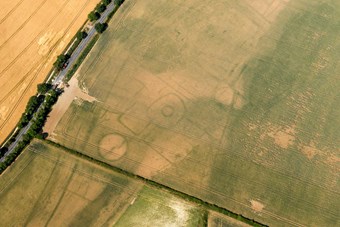 Emma joined Historic England in 2017 and is part of the Aerial Investigation and Mapping team covering the north of England.

For queries about this article please use the contact below.

You can explore the reports that we produce as a result of our aerial survey work through an interactive map.

We have begun with non-invasive surveys, we will add details of scientific analysis, such as tree ring dating and archaeobotany. Over time we aim to show all reports for place-based projects here.