A Heritage Action Zone for Ramsgate

The Kentish seaside town of Ramsgate was amongst the initial tranche of ten Heritage Action Zones selected by Historic England in March 2017.

Ramsgate’s HAZ aims to put the town’s outstanding heritage – which includes its royal harbour and historic resort – at the forefront of its economic regeneration.

The Ramsgate HAZ is a partnership in which several organisations, including Historic England, Thanet District Council, Ramsgate Town Council, the Ramsgate Coastal Community Team and Ramsgate Society, are working alongside the local community to deliver a variety of projects.

That was not all. Historic England’s  architectural investigators carried out an historic area assessment (HAA) of Ramsgate, and this project and its outcomes form the focus of this article. Historic area assessment is a practical tool which helps understand and explain the heritage interest and significance of a place. It combines field observation with documentary research to refine our understanding of the evolution of an area and its character.

Ramsgate is a maritime town on the Isle of Thanet, the most easterly point in Kent. Its growth from a humble fishing village to a coastal trading centre in the 16th and 17th centuries was driven by its accessibility by sea and improvements in its maritime infrastructure.

Work started on a ‘harbour of refuge’ in 1750, which became a major embarkation point during the Napoleonic Wars, with a temporary barracks established on the west cliff.

By 1800 Ramsgate was a fashionable seaside resort, attested by the provision of assembly rooms, warm salt-water baths and new crescents and squares.

The resort thrived by welcoming all comers. By the 19th century Ramsgate was noted for its minority faith communities, represented by the synagogue completed in 1833 for Sir Moses Montefiore and A W N Pugin’s Roman Catholic church of St Augustine (1845-50).

The arrival of the railway in 1846, coinciding with an increase in disposable income and leisure time, began to open up the resort to tens of thousands of lower-middle class and, increasingly, working class holidaymakers. Ramsgate remained a popular holiday destination until the advent of cheap foreign travel in the post-war decades. Falling visitor numbers were exacerbated by dwindling investment in resort facilities and the decline of the town’s small trades and maritime industries.

That is Ramsgate’s back story in a nutshell. But documentary research has built up a nuanced picture of the growth and dynamics of the town.

From the start, Ramsgate's fortunes have been closely linked to the entertainment facilities and attractions which have drawn visitors and holidaymakers to this corner of Kent. ​​

Ramsgate’s first piece of tourist infrastructure, documented from 1754, was the bathing machine, a cart fitted with a canopy which could be lowered at the rear to allow bathers to enter the sea in privacy. Timber-built bathing rooms were provided for waiting bathers.

As Ramsgate became a favoured watering place for wealthy visitors, inns were converted into assembly rooms and coffee houses, while small circulating libraries and warm-water baths offered respectable places in which both males and females could undertake improving and health-giving activities.

In 1785 an Act of Parliament was obtained to improve the streets and provide a market house. At its Regency heyday Ramsgate was patronised by royalty; a granite obelisk commemorates the visit of King George IV, who in 1821 accorded royal status to the harbour.

Even so, some visitors observed that Ramsgate’s resort facilities were relatively limited and modest in scale. Certainly, the resort lacked the grand, purpose-built attractions of its local rival Margate, which at an early date boasted an assembly room, theatre and sea bathing hospital.

By the end of the 19th century it was evident that Ramsgate needed to improve its tourist ‘offer’ to compete with other southern resorts and attract better-off visitors. In the 1890s the recently-established Borough of Ramsgate took the initiative, laying out Ellington Park and commencing an ambitious programme of seafront improvements. Two landscaped carriageways, Royal Parade and Madeira Walk , upgraded access between the harbour area and the east and west cliffs.

They were followed in the inter-war period by Winterstoke Gardens, designed by Sir John Burnet & Partners for Dame Janet Stancomb-Wills, and Royal Esplanade / Prince Edward’s Promenade, a strip of amenities on the west cliff.

The characterful terraces, crescents and squares in which Ramsgate is unusually rich are the product of speculative building.

The basic unit – the three or four-storeyed terraced house – was sufficiently flexible to be used as a lodging house, a private residence or some combination of the two. Such ventures responded to the growth of the resort and they were on the whole organised and executed by Ramsgate tradespeople. A proportion were financed directly or indirectly by the proceeds of fishing and coastal trade but even at the smallest scale property speculation remained a risky, hand-to-mouth business.

On a more ambitious scale was the 19th century development of landed estates into middle-class suburban housing. In some cases these were long established estates, such as Ellington Farm to the north west of the town, which was purchased and parcelled off by the British Land Company from 1867. More often the larger landholders were wealthy outsiders who settled in Ramsgate and who, seeing the development potential, gradually acquired corn fields above the chalk cliffs flanking the harbour.

A good example is the Mount Albion estate on the east cliff, assembled from 1807 by Lady Augusta Murray (1768–1830), best known for her illegitimate marriage to the sixth son of George III.

After her death there were several halting attempts to develop the 16-acre grounds, starting with a layout of 1838 by the London architect and surveyor Thomas Allason. In 1867, the Ramsgate-born E W Pugin and his associates purchased several seafront plots with the idea of combining residential development with exclusive resort facilities. The monument to Pugin’s hubristic vision of ‘St Lawrence on Sea’ is the Granville Hotel, an extensive complex which boasted a suite of saline spa baths.

Historic England’s investment in applied research is based on the principle that an improved understanding of a historic place encourages others to enjoy it and protect it for the benefit of future generations.

The historic area assessment (HAA) undertaken for Ramsgate’s HAZ will have a variety of applications beyond the forthcoming book and research report. It has already fed into Historic England’s recent Ramsgate listing project, which resulted in ten new listings, the upgrading of an existing listing from grade II to II* and the rewriting of a further ten list entries.

The HAA research involved the compilation of a gazetteer of built heritage assets, an interim format chosen for its potential to feed into conservation area appraisals and, it is hoped, a future local list. A variety of outreach activities are planned, including a Heritage Open Days walking tour and a local exhibition showcasing the Ramsgate images of Historic England photographer Chris Redgrave.

The final chapter of the new book, contributed by Nick Dermott and Allan Brodie, unpacks some of the challenges and opportunities that the town faces. As a seaside resort, Ramsgate is not alone in seeking to redefine itself as an attractive place to visit, live and work. By highlighting its engaging story and distinctive historic environment it is hoped that Ramsgate’s heritage will play a central role in its 21st century regeneration. 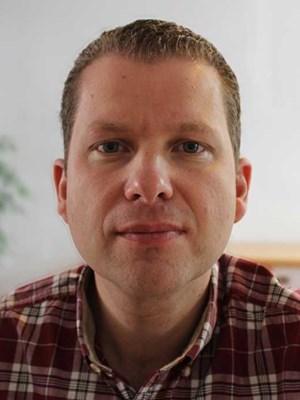 Geraint joined English Heritage in 2005, and has worked on a variety of thematic and place-based investigation projects. He is the author of Historic England’s Understanding Place: Historic Area Assessments (2017); Introduction to Heritage Assets: Post-Modern Architecture (2017) and Post-War Public Art: Protection, Care and Conservation (2016). Geraint specialises in British architecture after 1945 and is currently writing a study of the architect John Outram.

Franklin, G, with Dermott, N. and Brodie, A. 2020 Ramsgate: the Town and its Seaside Heritage. Historic England / Liverpool University Press.

The report will be available digitally through the Research Reports Database.

This report uses the Heritage Action Zone (HAZ) at Ramsgate, Kent, to develop a framework for including the deep time of prehistory in place-making projects.

A historic characterisation of Ramsgate and its land and sea environs.

Aerial photographs available to the project cover almost a century, documenting changes to Ramsgate and its environs from the 1920s to the present. They also capture traces of much earlier periods, the oldest belonging to the 4th millennium BC. 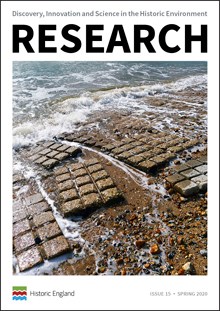