Infrared thermography is a nondestructive means of investigation that captures the heat energy emitted from the surface of a material. Images are recorded using an infrared camera, in which the intensity of the infrared radiation is converted to a colour or black and white palette, the patterns of which are an indicator of temperature.

Infrared radiation is invisible to the naked eye as the wavelengths occur in the range of the electromagnetic spectrum which is longer than that which the eye can detect.

There are multiple situations in which infrared thermography can be useful in historic buildings. The information it provides can help improve understanding of a problem, as well as determine the performance characteristics of a building and assess its structural and environmental integrity. Historic England and its predecessor English Heritage have been using the technique since 2002. The technique is particularly useful as it allows diagnosis of problems without the need for intrusive investigations.

Thermography can be used to assess the effectiveness of energy efficiency improvements, measure levels of deterioration caused by moisture ingress, identify risks created by condensation, find physical defects, and investigate electrical faults. Diagnosis of such issues extends the life of a building and improves the living conditions of its occupants. However, successful interpretation of the images must be accompanied by a comprehensive survey of the fabric and an understanding of the history of any interventions that have taken place in it.

The keep of Carlisle Castle has a history of penetrating dampness. Considerable remedial work has been carried out over the years, including the insertion of a dampproof membrane in its flagstone roof. The problems have not gone away, and an infrared thermography survey was carried out as part of preparatory work for planned interventions to manage the moisture ingress. The survey highlighted areas of condensation risk in the interior of the keep, as well as damp masonry on the lower parts of the parapets, corners, and flagstone joints of the roof. Possible voids between the membrane and the flagstone roof were also identified.

Thermal imaging was also employed to determine the cause of moisture ingress in the north elevation of the Orangery at Kenwood House, London. Heaters helped to increase local temperature in order to reveal information from the depth of the wall. Water has a higher heat capacity than most materials; it also retains heat longer. Damp areas thus appear warmer than their surroundings and can be identified by thermography.

The survey at Kenwood revealed an unexpected and distinct difference in the pattern of moisture ingress beneath the paint. The apparent difference may be the result of a previous intervention in the fabric: an impermeable membrane that is trapping water leaking from defective rainwater goods. Possible voids or damp areas also became more visible.

At Dover Castle, brick dust was noticed falling from the vaulted ceiling in Henry II’s bed chamber. Thermography was used to help establish whether there was a relationship between the nearby fireplace, in which a fire is often lit, and the increased rate of delamination of the brick.

A trial was conducted with and without the fire being lit. A small surface temperature difference was noticed, caused by convection in the area immediately above the fire – and surprisingly, also on the wall and ceiling opposite it. It is possible that this slight rise in temperature, in combination with the continued exposure of the fabric to sea salts, is sufficient to exacerbate the delamination process.

Infrared thermography is particularly effective in assessing thermal performance. To assess the effectiveness of recent energy efficiency improvements, the technique was used in one of the houses at the model village of New Bolsover in Derbyshire. The survey was carried out in combination with an air pressurisation test. This measures the rate a building leaks air by reducing the air pressure inside it, which in turn draws cooler air in. Thermographic images of the resulting temperature change help to identify the paths the leakage is taking and the locations at which the air is entering.

The survey also helped assess the effectiveness of the house’s insulation, revealing areas of missing insulation in the loft and significant areas of heat loss through window frames and as a result of thermal bridging, the result of changes of the qualities of the walls at corners and junctions.

Several projects have used thermal imaging to determine the condition of historic heating systems. The technique has proved to be particularly useful in examining heating systems that have been concealed within the fabric of a building.

One such is Eltham Palace, London, a large Art Deco house built in 1933-6 for Stephen Courtauld and his wife Virginia, incorporating the late 15th-century great hall of Eltham’s royal palace. The Courtaulds included in their work many building services which were modern at the time, including a central heating system that covered house and great hall alike.

Rather than place radiators in the main rooms (and thus spoil their appearance), the heating pipework was concealed in the fabric of the building. An underfloor heating system made of heavy-grade steel was installed under the stone flags in the great hall. Heating pipes also ran under the floor and in the walls or ceilings of the rest of the house. The heating system has been in use for some 70 years, and by 2008 it was beginning to fail. There were numerous leaks, and little control of the system itself. The lack of an effective water treatment regime was the main cause: over time, the system became blocked with residue.

The decision was made to replace the heating system. Very little information had been recorded about the location of the pipework and thermal imaging was thus used to map out the layout of the system and identify any defects in it.

Using thermography helped to find the cause of damage to gold leaf and veneers in the historic interior.

This process was successful. It also helped to find the cause of damage to gold leaf and veneers in the historic interior, caused by their continued exposure to excessive amounts of heat.

In 2012–14 the heating system throughout the house was replaced like-for-like. The stone slabs in the great hall, installed in the 1950s, were lifted and the heavy-grade steel pipework was replaced with a plastic equivalent. In line with conservation heating principles, an environmental monitoring system was installed, controlling relative humidity rather than temperature (conservation heating is designed to slow down or prevent deterioration of historic interiors and their collections).

Infared thermography has proved to be a useful non-destructive diagnostic technique. It is particularly helpful when carried out in combination with other forms of investigation. For diagnosis to be successful, thermal imaging should always be followed up by further investigations and comprehensive building surveys.

There are limitations to the technique. It only detects changes in temperature and the images it produces only record conditions at a single moment in time (some cameras do have a video capability). Reliable results can only be achieved under the right weather conditions. Thermal imaging is also a surface technique. Shallow sub-surface information can sometimes be revealed, but this requires the application of heat to the materials below the surface 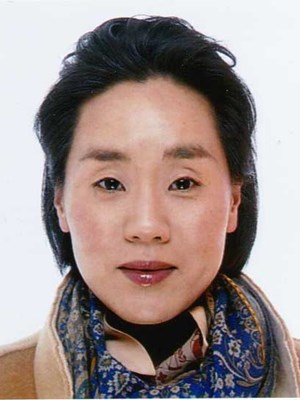 Soki works within National Specialist Services teams. She has worked for Historic England and its predecessor, English Heritage, since 2007 and has held previous roles as a conservation scientist and researcher. Her current responsibilities are managing research projects on energy efficiency and the hygrothermal performance of historic buildings, and carrying out advisory work for internal and external clients. 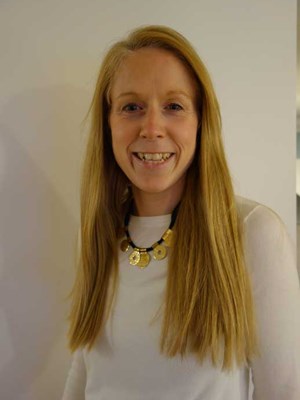 Caroline has worked for Historic England and its predecessors since 2003, and is responsible for advising on building services and energy efficiency measures, both on Historic England’s buildings and when they arise in statutory casework.

This article was first published in April 2018. 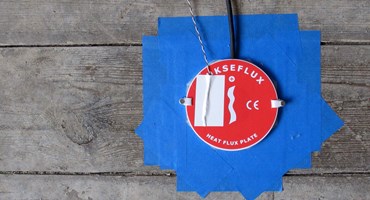 Improving energy and carbon performance of historic buildings helps them remain viable and useful, now in the future. 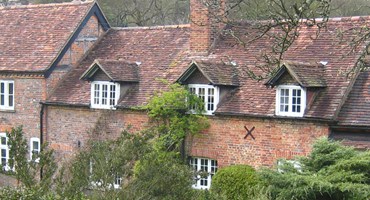 Practical and sustainable solutions for the continuing care and conservation of historic buildings, ruined monuments, and engineering structures.