Tintagel and the Legend of Tristan and Yseult

New research adds Tintagel to the growing list of medieval castles whose design is informed by symbolic concerns.

Today Tintagel Castle, Cornwall is firmly associated with King Arthur. However, in the medieval period it was the story of Tristan and Yseult that resonated at the site. Recent archaeological research now shows how 13th-century Tintagel was physically reshaped to reflect its connection with that quintessentially Cornish legend.

Castles were never just defensive structures. They were also centres of administration and justice, and above all they were the power bases and homes of the feudal elite. Their design reflects the concerns of their royal and aristocratic owners, and these can include their literary interests. Many castles were associated with stories of King Arthur and the evidence can sometimes be seen in their fabric or in artefacts associated with them.

Tintagel Castle was built by Richard (1209-72), Earl of Cornwall and King of the Romans, younger brother of King Henry III (Padel 1988). The documentary sources for Richard’s life are lacking in some respects; historians have taken this lack of evidence at face value, stating for instance that ‘in Richard’s career there is no hint … of literary interests’ (Denholm-Young 1947, 155). The archaeological evidence, and closer attention to the historical and literary sources, suggests otherwise.

Richard went to some trouble to acquire Tintagel, and at an early stage in his career (Thomas 1993, 12). In the 1230s he expended considerable resources building a castle on a site with no strategic or military value.

The only explanation of this can be that Tintagel was believed to be the seat of previous legendary rulers of Cornwall. There are also certain aspects of this castle, apart from its location, that are puzzling: the walled ‘garden’ on the exposed plateau top; the chapel, which is not within the castle but inconveniently located on the edge of the plateau above it; and the rock-cut ‘tunnel’, which has defied all rational explanation but is currently described as a ‘larder’.

The location of the castle can be explained if it is accepted that Richard did have some literary interests, at least in so far as Cornish legends are concerned. The other enigmatic features can also be explained in this way.

In medieval literature Tintagel is rather marginal to Arthur’s story, being mentioned by Geoffrey of Monmouth only as the place of Arthur’s conception; it was not until the 15th century that it became also the place of his birth (Thomas 1993, 26). Far more significant at Tintagel is the story of Tristan and Yseult (Jenner 1926; Padel 1981). Large parts of this story are set at the site, which is one of the named courts of King Mark of Cornwall. It is, incidentally, the place where Tristan, like Arthur, is conceived; Tristan, however returns to Tintagel throughout his life.

Although the 12th- and early 13th-century versions of the story, with which Richard and his people would have been familiar, survive only in fragmentary form, the landscape setting depicted in them has certain features in common. Three of these are integral to significant episodes in the narrative: a garden or orchard; a chapel on a cliff; and an ‘underground’ grotto, cave or cellar. The most logical explanation for these curious features of medieval Tintagel therefore seems to be that Richard created a theatrical landscape, designed to physically embody the legend of Tristan and Yseult.

The matches between the story and the features at Tintagel are not all exact, but then the legend existed in many versions, and these differed in detail.

In Beroul’s version the garden contained a spring (Beroul 1970, chapter 2); at Tintagel there is no possibility that there was ever a spring within the walled garden but there are three springs within a short distance and Peter Rose has already made the case for a connection between this garden and the Tristan and Yseult story (Rose 1994, 176-7).

On the other hand the description of the chapel given by Beroul bears a remarkable resemblance to the chapel at Tintagel. The chapel is positioned so that its eastern end is directly above a cliff.

Tristan, in order to evade his captors, begs to be allowed to pray in the chapel; he points out that there is only one door, so that they may easily guard it to ensure that he does not escape; he then leaps through the east window and down the cliff, thus getting away.

It has been argued that the chapel is a two-phase structure, built in the 12th century and extended in the 13th (Thomas 1993, 110-12). If this is so, its position was determined before Richard’s time. However, the dating evidence for a 12th-century origin is not strong, being based only on a few easily transported carved stones that had allegedly been found there. Such stones are frequently re-used. It could be argued that in recreating the ‘chapel-on-the-rocks’ of Tristan’s legendary leap, Richard might deliberately have incorporated archaic architectural details into the design.

The underground elements of the Tristan and Yseult legend vary between versions but a common element is that Tristan and Yseult, while hiding together in the forest, occupy a grotto or cave. The ‘tunnel’ at Tintagel was made with iron tools and is agreed to be a medieval creation; though damaged, it makes a much better romantic lovers’ grotto than it does a prosaic but nonsensical ‘larder’.

It would be unwise to assume that Richard alone was responsible for the creation of this landscape. He was noted as an admirer of female beauty and married successively three of the most admired women of the age: Isabella Marshal, Sanchia of Provence and Beatrice of Falkenberg; one of these might have been an aficionado of the Tristan and Yseult legend and responsible for these works at Tintagel. On the other hand there is one piece of literary evidence which points directly to Richard as the instigator. In Thomas of Britain’s version of the legend (c 1155-60) the story has been subtly altered as a compliment to King Henry II and Queen Eleanor, Richard’s formidable grandparents. This and later versions even give Tristan the armorial bearings of the House of Anjou (von Strassberg 2004, 356-7,365-6).

Exactly how these contrived landscape elements were used is, of course, unknown.

Were visitors shown these locations as the ‘actual’ sites of events in the stories? Or were they used as scenes in some kind of promenade drama, in which actors played out the episodes of the legend? Either or both seem possible, especially in view of the royal popularity of dressing up ‘hastiludes’ (medieval amateur dramatics), popular in the 14th century (Vale 2005). Certainly, if one wished to push the idea of an enacted scenario further, one could suggest that the damp area towards the south-western edge of Tintagel Island (the side opposite the castle) represents the marshy Gué Aventuros – ‘the ford at which things are liable to happen’ (Padel 1981, 61). This is the location of another significant dramatic episode, where the conniving Yseult has herself carried across the water by Tristan in disguise, in order to deceive King Mark.

It seems Tintagel’s famous castle can be added to the list of apparently defensive structures that are in fact imbued with cultural symbolism. 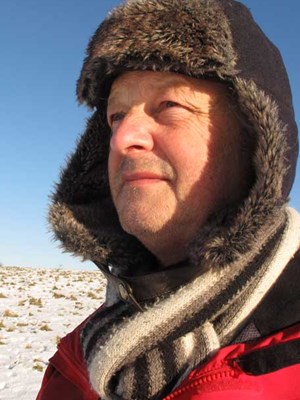 Mark manages one of Historic England's Historic Places Investigation Teams. His research interests include landscape archaeology, hillforts, castles, designed landscapes, common lands, and the history of archaeological survey. He has published widely on these and related issues and contributes to training courses on archaeological survey and investigation. He is currently Chair of the Landscape Survey Group.

von Strassburg, G (Hatto A T ed and trans, 2004) ‘Tristan’: with the Surviving Fragments of the ‘Tristran’ of Thomas. London: Penguin

Vale, J 2005 ‘Image and Identity in the Prehistory of the Order of the Garter’ in N Saul (ed) St George’s Chapel, Windsor in the Fourteenth Century. Woodbridge: Boydell, 35-50

This page was first published on 09 November 2015