Areas that were predominantly or even exclusively male social spaces provided opportunities for same-sex socialising and intimacy. In particular, male-only baths and toilets offered opportunities for sex. Victorian public baths were commonly used by working-class people until bathrooms were installed in private homes during the 20th century. The more elaborate Turkish baths were similar to today’s saunas.

In London, the Imperial Baths in Russell Square, Savoy Turkish Baths in Jermyn Street, Harrow Road Baths and others all became notorious from the 1930s onwards. In 1937, the writer Christopher Isherwood wanted to encourage composer Benjamin Britten to accept his sexuality. He took Britten to the Savoy Turkish Baths in Jermyn Street, by then already known for opportunities for sex between men.

Britten described the experience in his diary:

Very pleasant sensation. Completely sensuous, but very healthy. It is extraordinary to find one's resistance to anything gradually weakening.

By the mid-20th century, those public baths that remained might instruct attendants to turn a blind eye to the goings on between Queer men, to retain customers.

The public baths on Union Street, Leeds were known to Queer men as a place of sexual opportunity with other men. Positioned directly behind the Millgarth Police Station, it all happened under the noses of the authorities. A 1947 photo shows a sign at the baths warning bathers:

It has been reported to the management that some bathers are behaving in an indecent manner. Any persons caught acting in this way will be immediately handed over to the police.

In 1955, a bather went to the manager to say that he had observed two men behaving indecently in the steam room. Charges were subsequently brought against them. The older man received six months imprisonment and the younger three months. At the trial, the complaining man relayed that he had often observed such ‘misbehaviour’. But when asked if he thought the baths should be shut down as a ‘den of iniquity’, he responded with a definitive ‘No’.

In the industrial north of England, sex with other men could be seen as part of a working man’s ‘normal’ sexuality until the 1960s. It might even be accepted within families and communities. Industrial workplaces were also locations of intimacy and sexual horseplay.

In the early 1960s, Fred Dyson was convicted of cottaging and the story was soon published in his local South Yorkshire newspaper. Fearing for his job at the Goldthorpe Colliery, Dyson went to his union secretary who surprised Dyson with his response:

At the club, one of Dyson’s workmates approached him with a beer: ‘Fred, if thou can admit to being a poof all thou life, thou are a better man than us. Have a pint’. Dyson’s sexual activities neither alienated his colleagues nor jeopardised his employment.

Some men also took advantage of the public toilets or ‘cottages’ (named for their resemblance to small brick and tiled houses) built from the Victorian period onwards. In public toilets they were sure to meet other men, and a degree of personal exposure was necessary.

‘Paul Pry’ observed in his 1937 book For Your Convenience, a thinly veiled cottaging guide to London, that public toilets often developed distinctive reputations. School teacher Bernard Williams explained further: ‘If you wanted a piece of rough you’d look round the cottages in Covent Garden.’ If you wanted the ‘theatrical trade’, you would ‘do some of the cottages round the back of Jermyn Street. If you were looking for ‘a good class of trade’, you would visit the cottage at Waterloo Station.

Many other men were arrested after approaching so-called ‘agents provocateurs’, later described as ‘pretty policemen’, who were stationed in toilets to entrap men. In still other cases, police might observe men through holes bored into the toilet ceilings. In January 1953 the News of the World reported on the case of Labour MP William Field. Field had been arrested following observation by police for ‘alleged importuning…by gesture and by smiling’ over two nights at lavatories in Piccadilly Circus and Leicester Square.

Outside London, every community had known ‘cottages’ where men might find others for sex. Many are recorded because they came to light during prosecutions, but many others are consigned to memory. In Newcastle, the Bigg Market public toilets were known for cruising between the late 1960s and early 1990s and recorded on the Pride of Place map.

In Liverpool, one cottage was known as ‘The Wheel of Fortune’. One local man remembers:

Williamson Square, that was where the Playhouse is now, and there used to be a little taxi place there. There was a kiosk for the taxi drivers to get a cup of tea and what not. It was like a hut, it was alright. Then just behind the hut was a public convenience for gentlemen only and it had two staircases going down each side of it and it was round inside so that's why it was called the 'wheel of fortune'. A lot of people used to go in there looking to see if they could find a rich sugar daddy! And they'll have got a fortune out of him, hopefully, but no one ever did.

In his diaries the playwright Joe Orton recorded numerous sexual encounters with other men at toilets, including under the railway bridge at Holloway Road. He also visited the ornate Victorian South End Green toilet in Kentish Town, London. This is the only public convenience still in use that we know was used by Orton to cruise. 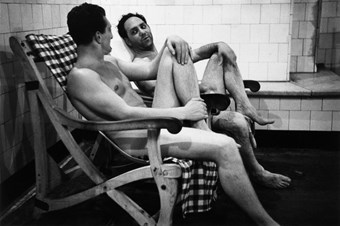 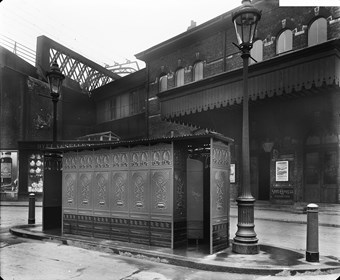 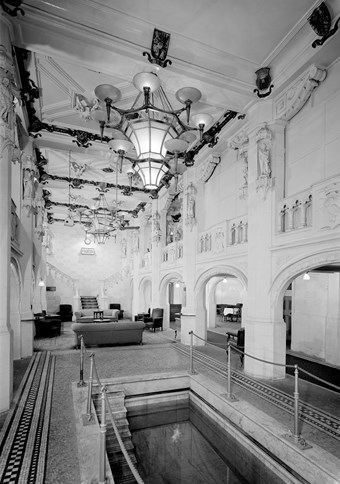 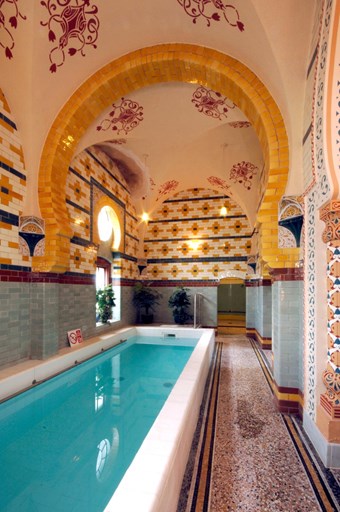 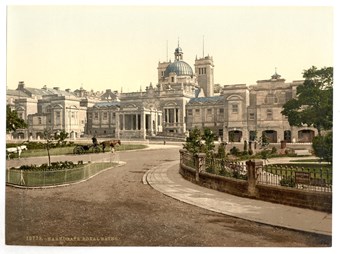 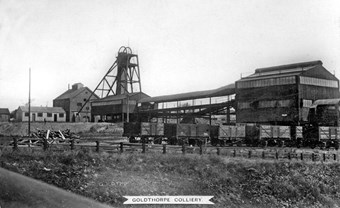