Dressing up as a different gender has long been part of English leisure culture, enjoyed by people of all sexualities. However, LGBTQ people have often used elements of cross-dressing as a particular expression of identity and as part of Queer socialising.

Molly houses were locations where, in the 18th and early 19th centuries, mollies, or Queer men, met for companionship and sex. They could be in pubs and taverns, inns or coffee houses.

One of the best known and most popular molly houses was Margaret 'Mother' Clap's molly house. It was located in Field Lane near Holborn, and although owned by John Clap, was run by his wife ‘Mother Clap’.

Police raided Mother Clap’s on a Sunday night in February 1726 after observation by The Society for the Reformation of Manners (set up to promote moral purity). One officer reported that he ‘found between 40 and 50 men making love to one another, as they called it’. He also reported that Clap’s patrons would ‘get up, dance and make curtsies, and mimick [sic] the voices of women’.

Margaret Clap was brought to trial for keeping a disorderly house. The mollies were themselves tried for sodomy. Found guilty, she was sentenced to stand in the pillory at West Smithfield, pay a fine, and be imprisoned for two years.

In Tottenham Court Road during the 1720s a molly house was run by Julius Caesar Taylor, probably a free Black man. Initiation rituals for visitors included being given a female name and having a glass of gin thrown in their faces. Taylor was arrested and found guilty of having indecent relations with another man. He was also found guilty of ‘keeping a disorderly House, and entertaining wicked abandon’d Men, who commit sodomitical Practices’. See the Old Bailey digitised record of the court proceedings of 16 October 1728.

Other molly houses included Plump Nelly’s molly house in Giltspur Street, run by Samuel Roper (otherwise known as Plump Nelly) and his wife. Plump Nelly was arrested in 1725 at the Hart Street molly house. In 1726 he was arrested for sodomy and for keeping a disorderly house. He died in the Poultry Compter (prison) while awaiting trial. See how the death of Samuel Roper was reported in 'The London Journal'.

Molly houses were not exclusive to London. In 1806, 24 mostly working-class men were arrested for offences committed together at a public house in Sankey, on the outskirts of Warrington. Tried at Lancaster Castle for buggery, several were executed. Find out more about the case and sentencing.

Taking on female personas in a social context continued to be part of Queer men’s socialising, for example at cross-dressing fancy dress balls from the 19th century. One event in particular drew the attention of officials in Manchester.

On the night of 24/25 September 1880, a group of men rented out the Temperance Hall in Hulme for an event. Organisers knew the police would not allow same-sex dancing and intimacy so they did everything they could to avoid attention. The event was held away from the city centre in a working-class part of Manchester. Attendees needed to know a secret knock to gain entry. Organisers even hired a blind pianist to entertain the crowd.

The ball was uncovered by a particularly enthusiastic Detective Caminada who had been keeping Queer men in Manchester under surveillance for some time. Giving the password ‘sister’ in an effeminate voice, police burst in and arrested 47 men in fancy dress and women’s clothing. Some were dancing the can-can. Appearing before a magistrate the next day, the defendants were released on sureties of £25 and good behaviour for one year.

Other balls that, for a time, allowed cross-dressing continued into the 20th century. Lady Malcolm’s Servants Ball was held annually at the Royal Albert Hall in London from 1930-1938. Held for people working in domestic service, it was a feature of the Queer calendar.

However, in 1933 an anonymous letter complained that the ball was drawing ‘Degenerate Boys and men in female attire’. That year, Lady Malcolm hired two policemen to remove identifiable ‘sexual perverts’. Tickets in 1935 forbade entry to any man ‘impersonating a woman’ or ‘unsuitably attired’. As late as 1938 an observer commented on the number of men ‘unmistakably of the Homo-Sexual and male prostitute types’.

Another event, the Chelsea Arts Ball, began in 1908 and was also held at the Royal Albert Hall. It likewise saw men cross-dress and engage in same-sex intimacy. It too eventually drew criticism and was last held in 1958. 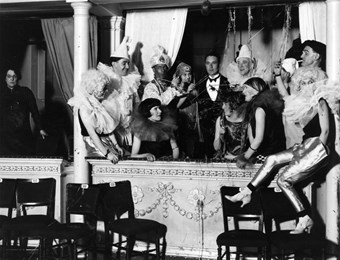 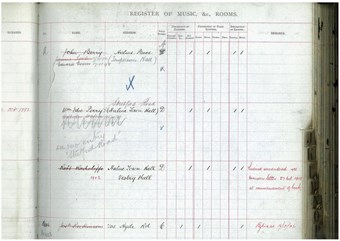 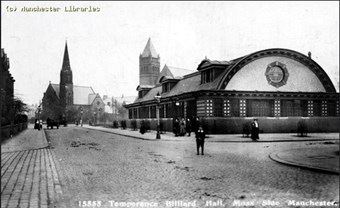 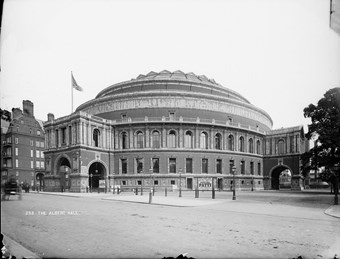