At the outbreak of the war powered aircraft flight was just over a decade old, and its exploitation for military purposes around 5 years old. In 1914, the British air services had just 272 machines, but by October 1918 the newly formed RAF could call on 22,000 aircraft. Production rose from 50 per month in first year of the war to 2,700 per month by 1918.

Typical of many new industries early aircraft manufacturers adapted existing premises to their needs. As confidence in the industry grew some firms, such as Graham-White Aviation Company at Hendon, north London erected a purpose-built factory, a couple of whose buildings are listed and survive within the RAF Museum. As the war increased the demand for aircraft many factories were pressed into production, including furniture manufacturers whose wood working and fabric handling skills were well suited to early aircraft production.

Notable private producers included Sopwith at Kingston upon Thames, Handley-Page at Cricklewood, north London and Airco at Hendon, its factory fronted by an impressive three-storey neo-Georgian office building. In 1894, the government had established the Royal Balloon Factory at Farnborough, Hampshire; by 1912 it was known as the Royal Aircraft Factory and was also responsible for airships and aircraft. During the war in addition to expanding private production three National Aircraft Factories were built at Waddon (Croydon), Aintree (Liverpool), and Heaton Chapel (Stockport). All were laid out as model factories and the largest at Waddon factory comprised 58 buildings, the final assembly hall measuring 218m x 45m. 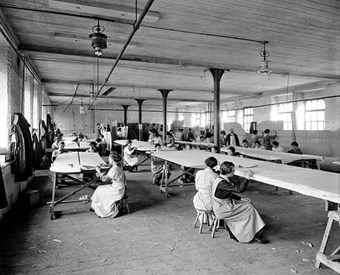 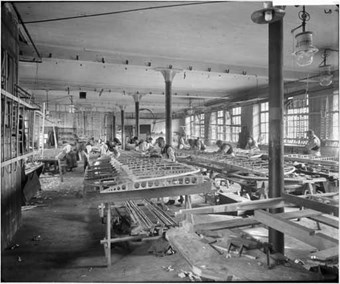 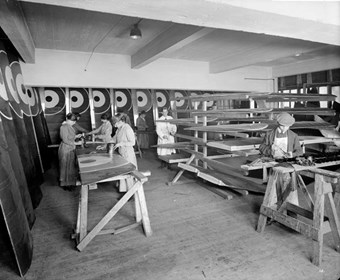 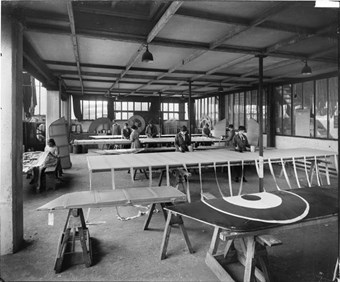 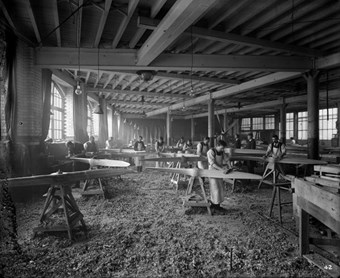