Skip to main content
Share this page
Share
Exterior view of 34 Tite Street, where Oscar Wilde lived with his wife Constance and children Cyril and Vyvyan until his trial for gross indecency © Historic England DP050116

Many men who stood accused of sodomy left the country if they had the resources to do so. Robert Thistlethwayte, Warden of Wadham College, Oxford fled to Boulogne in France after accusations of attempting to seduce a student in 1737. The case is memorialised in a limerick from the period.

There once was a warden of Wadham
Who approved of the folkways of Sodom,
For a man might, he said,
Have a very poor head
But be a fine fellow, at bottom.

A century later, William Thomas Beckford was one of the wealthiest men in England. His father was twice Lord Mayor of London, and the family’s fortune was gained by plantation slavery in Jamaica. With his inheritance he built the gothic Fonthill Abbey in Wiltshire.

Beckford maintained an affair with the young William ‘Kitty’ Courtenay, later 9th Earl of Devon. Their relationship came to light after being exposed at Courtenay’s Powderham Castle in Devon. When Kitty’s uncle, Lord Loughborough, brought the case to the newspapers in 1824, Beckford fled the country. ‘Kitty’ Courtenay similarly went into exile later in life.

Find out more about Beckford on UCL's Legacies of British Slave Ownership website.

Male homosexual acts remained criminal offences after the death penalty was lifted. Section 11 of the 1885 Criminal Law Amendment Act, the notorious Labouchére Amendment, criminalised ‘gross indecency’. This included all homosexual acts between men short of sodomy, committed in public or in private. It was the primary charge subsequently brought against Queer men.

The most famous charge of gross indecency was that brought against Oscar Wilde in 1895. Wilde was married with two children and living in Tite Street, Chelsea at the time of his trial.

At the height of his celebrity as a playwright, Wilde was a fixture in London’s bohemian clubs and exclusive restaurants such as the Café Royal, Piccadilly and Kettner’s in Soho.

Tried at the Old Bailey, his sexual liaisons with rent boys and other young men at the Grand Hotel, Brighton and the Savoy Hotel on the Strand in London came to light. Wilde’s conviction and imprisonment at Reading Gaol were widely reported. His name became a euphemism for Queer men ‘of an Oscar Wilde sort’.

Like some of his predecessors and contemporaries, Wilde fled to France. There he wrote the poem 'The Ballad of Reading Gaol', an indictment of the Victorian penal system. He died in Paris in 1900.

By the 1950s, greater interest in homosexuality by the press and state prevailed over disapproving silence. A series of prominent cases gave the sense of a ‘witch hunt’ being undertaken against homosexuals in England. No organised witch hunt existed, but the 1950s and 1960s witnessed sensational trials, increased convictions and homophobic press coverage.

In 1964 the People identified Trafalgar Square, London as a centre for male prostitution. Rent boys, a feature of nearby Piccadilly Circus in the interwar years, now congregated here. The terrace below the National Gallery was even known as the ‘meat rack’ for this reason.

Edward, 3rd Baron Montagu of Beaulieu, was a wealthy figure on the London social scene during the mid-20th century. He spoke openly of his bisexuality in his later life. He had a beach house built as a bachelor’s escape in the grounds of the Montagu family seat at Beaulieu Palace House in Hampshire. The hut was designed (by distinguished architect Hugh Casson) to be open plan, to the extent that there were no doors to the bedrooms.

In 1954 Montagu was arrested and convicted alongside journalist Peter Wildeblood and landowner Michael Pitt-Rivers. The three men were accused of indecent behaviour with two RAF servicemen who had joined them for a gathering at Montagu’s beach hut.

Montagu was sentenced to 12 months in prison, while the other two men received 18 months. There was an outcry about the treatment of consenting adults and the case became a cause célèbre. 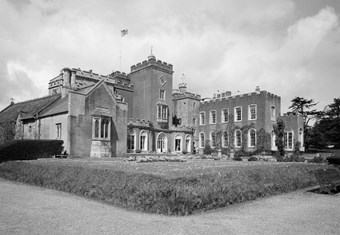 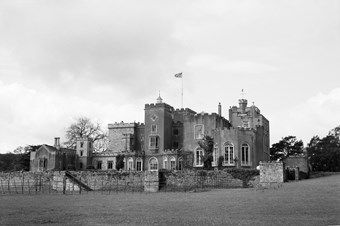 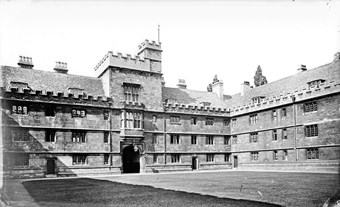 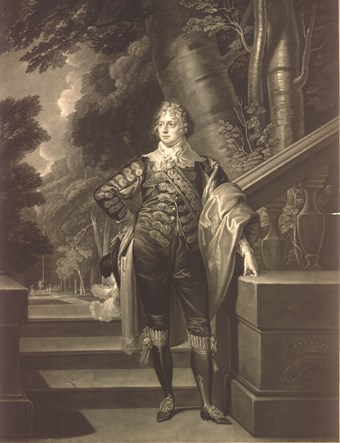